Almost 40% of Ukrainians say they think vaccines are about making money on people. 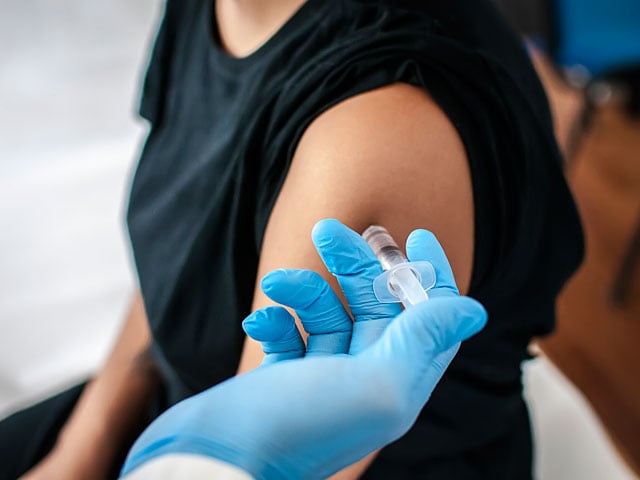 In total, 155,587 people have received their first shot of the vaccine in Ukraine / Photo from newsru.co.il

Experts from the Rating Sociological Group have named main reasons why Ukrainians oppose the vaccination against COVID-19.

In particular, the main reasons include the lack of confidence in the effectiveness of the vaccine, which is now being used for vaccination, as well as the fear of side effects (about half of the respondents), according to a poll conducted on March 18-19.

Also, one in five cited distrust in the authorities as a whole and doubts that the vaccine would protect against new strains of the coronavirus, while 13% claimed the lack of confidence in vaccination as such.

Some 71% of the pollees believe that mass vaccination against the coronavirus will flatten the curve worldwide, while a quarter of the respondents disagree with this.

Read alsoIndia delays big exports of AstraZeneca shot as infections surge – media"It is distinctive that half of those who are ready to be vaccinated believe that mass vaccination against the coronavirus will reduce the number of cases globally," the sociologists said.

A total of 55% of Ukrainians agree that vaccines have been developed to protect people from diseases, but 38% claim that vaccines are about making money on people and a way to control them.

Mechanics of the poll

The poll was conducted through computer-assisted telephone interviews (CATI), using a random selection of cell numbers.

The sample is representative of the adult population (aged 18 and older).

Some 1,500 respondents were polled in all regions of Ukraine except Crimea and other Russia-occupied parts of Ukraine, namely certain districts in Donetsk and Luhansk regions.

The margin of error does not exceed 2.5%.