Over 18,000 Ukrainians vaccinated against COVID-19 in past day – Health minister

As of April 2, as many as 399,032 Ukrainians signed up for the COVID-19 vaccination waiting list. 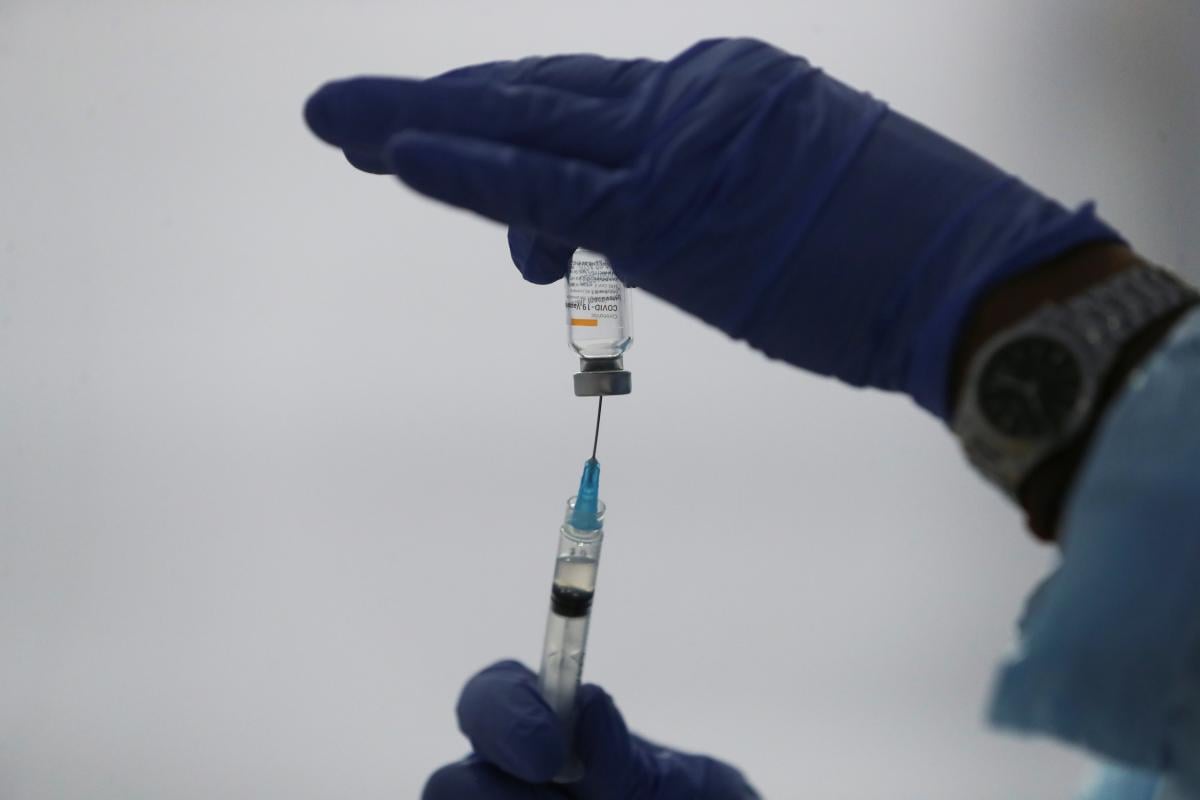 Read alsoDaily COVID-19 high beats record second day in row with over 20,000 cases reported April 3In total, 286,647 people have received their first shot of the vaccine since the launch of a nationwide COVID-19 vaccination campaign in Ukraine, while two persons have been fully vaccinated against the disease.

The shots were administered by 162 mobile vaccination teams and by healthcare workers at 769 vaccination centers.

As of April 2, as many as 399,032 Ukrainians signed up for the COVID-19 vaccination waiting list.

If you see a spelling error on our site, select it and press Ctrl+Enter
Tags:healthcarevaccinationhealthministercoronavirusCOVID19 in Ukrainevaccine